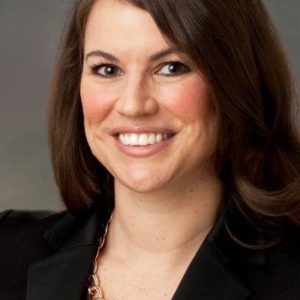 Erin Brower graduated to the board of Aligned after serving as the organization’s vice president where she was instrumental in the passage of a 2014 education bill which added funding for Pre-K to the state’s school funding formula for the first time in Missouri history. Her front-line advocacy experience is an invaluable asset as Aligned sets its policy agenda and outlines strategies for implementation.

Currently, Erin serves as the state and local government affairs director at Hallmark Cards and is responsible for advocating for the amendment, passage or defeat of proposed legislation in the Missouri General Assembly, the Kansas Legislature, the KCMO City Council and other state and local governing bodies as needed.

She began her career as an investigator for the Employee Benefits Security Administration in the U.S. Department of Labor.